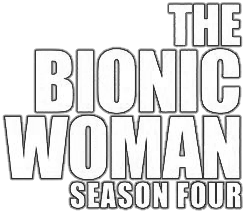 The Bionic Woman: Season Four is an American comic book series published by Dynamite Entertainment beginning in September 2014. The series continues the adventures of Jaime Sommers, picking up where the original television series ended. It replaces an earlier Dynamite series, The Bionic Woman, which had followed a reimagined continuity.

Dynamite has just announced that after their success with The Six Million Dollar Man: Season 6, they will be doing the obvious next step… The Bionic Woman: Season 4. The new series will kick off this summer written by Brandon Jerwa, art by David T. Cabrera and a cover for issue one by Sean Chen along with a photo cover of series star Lindsay Wagner.

“If you’ve never seen the show, or haven’t read James Kuhoric’s Six Million Dollar Man comic, you’re still totally fine,” says writer Brandon Jerwa. “Longtime fans won’t be left out in the cold, though. The Bionic Woman: Season Four is a continuation of the classic TV series, so I’m definitely treating it as such in terms of continuity and thematic carry-through.”

The Bionic Woman: Season Four #1 will be in July’s Previews catalog and slated for release in September 2014. -- Bleeding Cool [1] 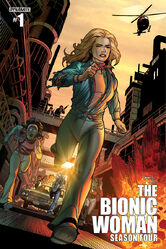 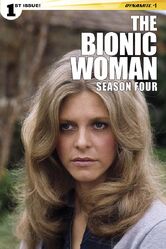 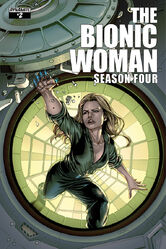 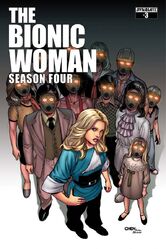 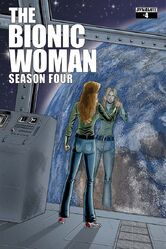