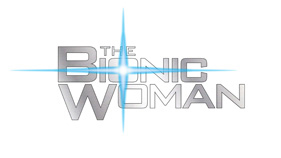 The Bionic Woman is a comic book title that was launched in April 2012 by Dynamite Entertainment. It features the adventures of Jaime Sommers, a character introduced in The Bionic Man, Dynamite's 2011 comic book reimagining of The Six Million Dollar Man based on an unproduced screenplay by Kevin Smith.

Issue #1 of the series was published on April 11, 2012. The initial storyline is set sometime after the initial story arc of The Bionic Man, which at the time of The Bionic Woman's debut had yet to be concluded. Issue #1 was published the same week as Bionic Man Issue #8 in which Steve had only recently reunited with Jaime, whose discovery that Steve was still alive had her marked for possible liquidation by the OSI.

The first issue indicates that Jaime's surgery occurred after a parachuting accident similar to the one depicted in the TV series, and that her bionics were once again the result of Steve Austin lobbying Oscar Goldman, with Steve "volunteering" Jaime to work for the OSI in exchange. Subsequent issues have also touched on her amnesia.

The actual origin of this version of Jaime was not immediately chronicled in either the Bionic Woman nor Bionic Man titles. In fact, the circumstances surrounding her becoming bionic were not revealed until Issue #16 of The Bionic Man, published in February 2013, in which it's revealed that she became bionic as a result of a parachuting incident, however whereas the TV version of events was an accident, Austin discovers that Jaime's parachute was sabotaged by an advanced android (identified as Maskatron).

Unlike the TV series, however, the depiction of Jaime's character differs considerably from the version played by Lindsay Wagner. In the first issue, the character is depicted as being a willing recruit to the OSI, and one who becomes a proficient martial artist and killer (this latter point emphasized by references to Jaime's "kill ratio") and who is shown engaging in a number of violent fights. This contrasts with the Wagner version who rarely if ever used her bionics aggressively and never with deadly force, and the 2007 Michelle Ryan version who, while more aggressive than the original character, likewise stopped short of killing her targets, even when ordered to. By the end of the series, Jaime directly kills several individuals.

As with the Dynamite/Kevin Smith re-imagining of Steve Austin, Jaime's bionics are updated for the new series. As with Steve, her augmentation involves her complete body; although it is not yet known whether she has bionic vision, she is depicted as possessing bionic hearing (the cover art for Issue 1, however, appears to suggest she has a bionic eye). Also, as with Austin, Jaime has the ability to change her physical features at will (at one point taking on the appearance of an African-American woman). The first issue reveals that when "at rest" her bionic limbs are revealed as gleaming metal appendages which are camouflaged when she's in public (an aspect not yet featured in The Bionic Man). She also possesses a secret compartment in one of her limbs from which she can launch an insect-like device capable of electrocuting a target (whether this causes death or simply renders a person unconscious is left unclear in Issue #1 after she uses this on a man). Additionally, in issue #7 Jaime is shown to have technopathic abilities, she could hack into security cameras, start electric cars, hack bank accounts, and access an information database. In issue 9, she was able to generate an EMP frequency.

As of October 2012 the storyline of the Bionic Woman comic suggests that she has become estranged from Oscar and the OSI for reasons not yet revealed and appears to be operating on her own, at one point briefly encountering Steve mid-mission. She was also given a friend in the recurring character of "Nora", who accompanies her for most of the series. The Fembots are also shown in a less antagonistic light, with Jaime even teaming up with Katy, and the other bots even looking at Jaime as a "mother" figure considering their robotics are based on her.

By early 2014, Dynamite had ceased publishing The Bionic Woman. In March 2014, it launched The Six Million Dollar Man Season Six, a new title continuing the original TV series. After an initial "name-drop" reference in issue #2, Jaime Sommers debuts in issue #3 as a supporting character. In June 2014 it was announced that a new title, The Bionic Woman: Season Four will be launched, based more closely on the original TV series.

Retrieved from "https://bionic.fandom.com/wiki/The_Bionic_Woman_(Dynamite)?oldid=33869"
Community content is available under CC-BY-SA unless otherwise noted.