The Film Music of Joe Harnell

The Film Music of Joe Harnell is the first official CD release to feature original music from The Bionic Woman as composed by Joe Harnell. Originally produced as a "demo reel" for Harnell, the early pressings bore the disclaimer: "Produced for the Promotional Purposes of the Composer Not Licensed for Public Sale!!" Officially released in 2002 and exclusively through JoeHarnell.com, the compilation includes suites from Deadly Ringer (Part II), Once a Thief, Doomsday Is Tomorrow (Part II), Sister Jaime, Kill Oscar (Part III), and a cue from The Return of Bigfoot (Part II). Also included is "Jamie's Theme," exclusive to this compilation.

"A two-disc collection of Joe Harnell's film music including suites from THE BIONIC WOMAN, CLIFFHANGERS, THE INCREDIBLE HULK, HOT PURSUIT, ALIEN NATION - THE TELEVISION PILOT and V-THE ORIGINAL MINISERIES. Kicking off both CDs are two versions of Joe's theme for the UNITED ARTISTS film logo." -- JoeHarnell.com 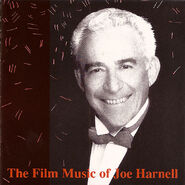 Old CD Back Cover (with disclaimer) 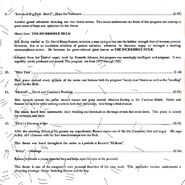 • Arrival At Prometheus
• Caging Of The Hulk

• Through the Floor
• The Hulk Escapes / End Of Prometheus

"JoeHarnell.com presents the original television soundtrack recording to THE BIONIC WOMAN: KILL OSCAR PARTS 1 and 3 in loving memory of the great Joe Harnell. While the second part of KILL OSCAR contained music composed by J.J Johnson, this release only contains music composed and conducted by Joe Harnell for the first and third parts. This release includes the complete scores to both episodes, including an alternate Main Title theme that ended up not being used in the series. In addition, original musical sound effects he produced for these episodes are also included. THE BIONIC WOMAN: KILL OSCAR PARTS 1 and 3 is an exclusive joeharnell.com release, professionally mastered, factory manufactured and limited to 1000 units.

"Produced during the second season of THE BIONIC WOMAN, KILL OSCAR was an epic three-part story that began in THE BIONIC WOMAN, crossed over to THE SIX MILLION DOLLAR MAN and concluded on THE BIONIC WOMAN, which was very rare for genre shows produced at that time. Long considered a favorite story by fans of the show, KILL OSCAR finds Jaime Sommers fighting evil female robots called Fembots who are part of an evil scheme by Dr. Franklin to kidnap OSI Chief Oscar Goldman and obtain an experimental weather control device. The great John Houseman guest-starred in the three-part story as the nefarious Dr. Franklin. At the end of the first part, Jaime lay near death and the story crossed over to THE SIX MILLION DOLLAR MAN, where the duty fell to Steve Austin (Lee Majors) to join the struggle against Dr. Franklin and his Fembots. And in the third and final part of KILL OSCAR, Jaime joins forces with Steve Austin to capture Dr. Franklin on his island while his weather machine cooks up a fierce tropical storm around them." -- JoeHarnell.com

The Bionic Woman Vol.2 - The Return of Bigfoot Part 2

"THE RETURN OF BIGFOOT Parts 1 and 2 are a sequel to a specially-aired episode from the second season [sic][1] of THE SIX MILLION DOLLAR MAN. Part 1 of THE RETURN OF BIGFOOT began as the 4th season premiere to THE SIX MILLION DOLLAR MAN and concluded with Part 2 as the 2nd season premiere of THE BIONIC WOMAN. Picking up on story elements from that second season episode of THE SIX MILLION DOLLAR MAN, a rogue splinter group of alien explorers, led by the evil Nedlick, here played by veteran actor John Saxon, have taken control of Sasquatch, played by Ted Cassidy of THE ADDAMS FAMILY fame and are forcing Sasquatch to steal elements necessary to construct a force field around their base camp in Mexico, in order to make it impregnable and allow the aliens to continue in their efforts to steal more of the Earth’s riches and resources for their own benefit. By the end of the first part of THE RETURN OF BIGFOOT, Steve Austin is near death, after being exposed to a lethal dose of radiation. His only hope is to be treated in time with the aliens’ wonder drug, Neotraxin. Jaime Sommers is the only person who can save him and stop the alien rebels from taking over the world. In the second part of THE RETURN OF BIGFOOT, Jaime allows herself to be captured by Sasquatch to gain entry to the aliens’ complex and then escapes to confront Nedlick and his gang of rogue aliens. But their complex, hastily constructed over a volcanic vent, is causing a build-up of pressure that will soon cause a volcanic eruption that will lower the entire floor of the Pacific Ocean. Ultimately, it is Sasquatch who must risk his own life to prevent the volcano from erupting.

"THE BIONIC WOMAN: THE RETURN OF BIGFOOT PART 2 continues Joe Harnell's successful creative collaboration with Writer/Director/Producer Kenneth Johnson, a relationship that includes fondly remembered television projects such as THE INCREDIBLE HULK, HOT PURSUIT, CLIFFHANGERS, V: The Original Mini-Series and ALIEN NATION. Moving to California in the early 1970's, Harnell emerged as a celebrated composer of film and television music. He has been nominated for an Emmy Award on three occasions for Best Dramatic Score. During his career, Harnell composed over 400 hours of original music for motion pictures and television. His scores for THE BIONIC WOMAN and THE INCREDIBLE HULK heavily influenced the scoring of all Universal television programs in the late 1970’s. His scores used a traditional orchestral approach (influenced by his Jazz roots) using a 32 piece orchestra. He frequently conducted scores from the piano during recording sessions and he performed all the piano and keyboard solos in all of his scores." -- Mike Joffe, JoeHarnell.co

A special online bonus supplement featuring a track-by-track examination by Randall D. Larson can be found at here at JoeHarnell.com

Retrieved from "https://bionic.fandom.com/wiki/The_Bionic_Woman_(Original_Television_Soundtrack)?oldid=22970"
Community content is available under CC-BY-SA unless otherwise noted.