Industrialist Carlton Harris has discovered the bionic powers of Jaime Sommers, and arranges several secret "tests" so that he can film her in action. When Oscar realizes what is happening, he arranges a "falling out" with Jaime so that she can go to work for Carlton, who is suspected of selling government secrets. While stealing secrets for Carlton in an effort to gather evidence against him, Jaime befriends the industrialist's son, Donald, a law student who is bothered by his father's illegal activities.

For years, "Welcome Home, Jaime," has been the subject of much debate and speculation in fan communities. For much of its post-broadcast life it was believed to have aired as originally intended: on Sunday, January 11, 1976 as a Six Million Dollar Man episode.

But research for the Time-LIfe 2010 Six Million Dollar Man - The Complete Collection revealed evidence to the contrary. Vintage promotional recordings and numerous newspaper articles indicate that "Welcome Home, Jaime," was pulled from the Six Million Dollar Man, Sunday night time slot, re-edited with Bionic Woman main/end titles and credits, issued a new production number, and pushed up to make its ABC broadcast debut on Wednesday, January 14, 1976 as the premiere episode of The Bionic Woman.

Speculation lingers on whether original film elements of "Welcome Home, Jaime" with its Six Million Dollar Man main/end titles and credits survived after the switch.

Jaime: Oscar, if I don't get an assignment from you very soon, I'm just going to show up and I'm gonna kick your door down.
Oscar: Ah, you're just the one who can do it.
Jaime: And don't you forget it.

(Jaime opens can with fingernail)
Helen: Incredible! You don't happen to have an extra set of those nails, do you?
Jaime: No, but I'll have Rudy check the parts department for you to see what he can come up with.

Jaime: I care an awful lot about Steve, but I just don't know where my heart is.
Helen: I understand. It's so frustrating to be confused.
Jaime: It really is.
Helen: Well, there's one thing not to be confused about. I almost had you for my daughter-in-law, and nothing could've made me happier. But back when you were growing up, even before you lost your parents, I always thought of you as my daughter. And I always will, Jaime. So, you see, I win either way.

Tom Hollaway: I hope you've got a couple of good solid legs to stand on.
Jaime: Well, as a matter of fact I do.

Karen: You know they gave you the dirty dozen?
Jaime: I know! Are they really as bad as they said?
Karen: Not really. They're just into preadolescence, so they're a little more outspoken than some of the other classes.

Jaime: I'll make you a deal. I won't call you a service brat and you don't call me a broad.

Jaime: How did you and I first meet?
Steve: Well, it was my first day in the third grade and you dared me to eat one of everything in the cafeteria.
Jaime: Did I? Did you?
Steve: Yeah, I tried and I got pretty sick. But I got even with you right here on this swing.
Jaime: Yeah, what'd you do, stick a frog down my back?
Steve: No, it was a lizard.
Jaime: Ew! That's an awful thing to do.

This episode was adapted as a novel by Eileen Lottman. See Welcome Home, Jaime (novelization). (Note: the UK edition of this novel was published under the title Double Identity and credited to "Maud Willis".) 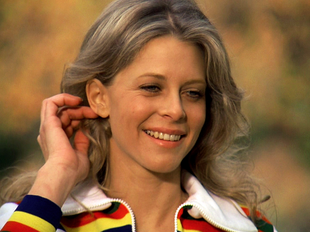 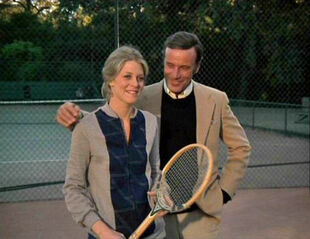 Jaime discusses her future with Oscar 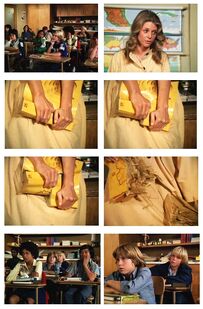